The Department of General Studies held a two-hour show paying tribute to the ongoing significance of P. Ramlee. The theme was P. Ramlee’s role as an icon of unity in Malaysia, not only at the height of his career in the 50s and 60s but also now in 2019.
Joining the event was none other than Fairuz Misran, Malaysia’s most famous P. Ramlee lookalike and impersonator. He won the RTM Bintang P. Ramlee 2012 competition and has been bringing P. Ramlee’s songs back to life both on stage and through the media. He performed a duet of “Getaran Jiwa” with our lecturer Normaizura Binti Md Zain.
Dr De Rycker, Head of General Studies defines unity “building trust, the courage to address and solve team problems, accepting and expecting accountability and an active orientation to getting results”. The event involved students from culinary arts, hospitality, hotel management, tourism, events, business, finance and communication. 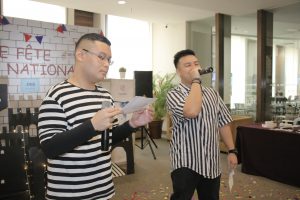 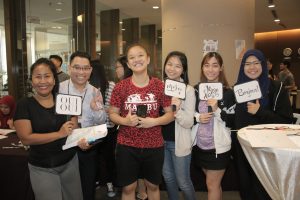 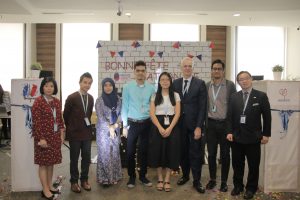 To celebrate Bastille Day (national day of France), students studying French as an elective with the Department of General Studies organised an event to celebrate all things French. This included singing songs in French, such as “La Vie en Rose” learning about French culture. In France, the day is traditionally celebrated with a military parade in Paris, communal meals, dances, parties and fireworks. 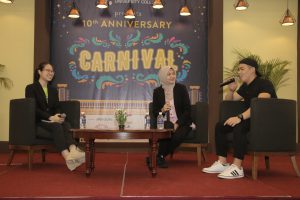 As part of the 10-Year anniversary celebration of BERJAYA UC, a two-day event was held at the concourse of Berjaya Times Square providing shoppers and prospective students engaging workshops, talks, quizzes, interactive games, coffee and food carving demonstrations as well as interviews with the winners of the Raja Sawit cooking competition, a coffee tasting session provided by one of our sponsors, Starbucks and an Enneagram profiling conducted by our partner center. The personality profiling maps out 9 distinct strategies for each type of personality. It was indeed a fun and informative weekend. 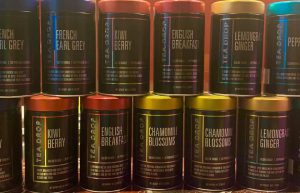 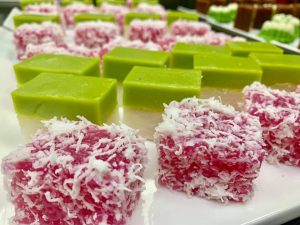 During practical examinations, students from the Faculty of Culinary Arts and the School of Hospitality worked together with Tea Drop, an Australian-based tea specialist, to host an Afternoon Tea with a “Merdeka” theme. A selection of different teas was offered to guests, from which they could choose what would pair perfectly with the food prepared. As part of an authentic high tea experience, pastries were served on a three-tier platter; however, to keep the theme in mind, various types of “kuih-kuih” were also served. It was a unique opportunity for the students to participate in a collaborative experience, one that they accomplished with confidence, elegance, and exceptional proficiency. Certainly it can be said that it was an event that represents the excellent level of professionalism and skills taught and perpetuated by BERJAYA UC. 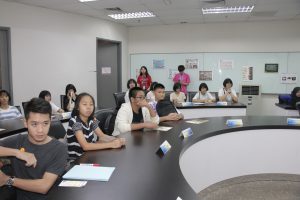 Keeping in mind of the release of A Level and IGCSE results, BERJAYA UC hosted a Campus Day over a weekend of 17-18 August 2019. Prospective students, as well as visiting students from several schools, had the opportunity to take part in workshops hosted by the various faculties. Activities ranged from quizzes about Business and Economics in Malaysia to a culinary demonstration, table setting demonstration and learning about how to spot “fake news” in the media. We hope all who attended gained valuable knowledge, and will be inspired to choose BERJAYA UC as they take their first steps into higher education. The FRIENDS project title stands for Furthering International Relations Capacities and Intercultural Engagement to Nurture Campus Diversity and to Support Internationalisation at Home (FRIENDS). The FRIENDS project is built around the concept of Internationalisation at Home (IaH) that reframes the traditional perceptions of HE internationalisation in the five Partner Countries involved in the project, namely Bhutan, Cambodia, Malaysia, Philippines and Thailand. The notion of IaH is based on the assumption that for various reasons the largest part of universities’ student body will always remain non-mobile and therefore deprived from access to global knowledge and skills.
Four webinars have been organised to disseminate information on the project: 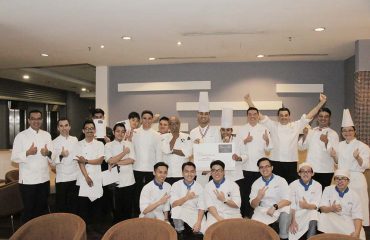